I remember when we were kids our dad would take my brothers and me out to Lake Grapevine in his old boat. He tried to fish while we would sometimes fish but mostly swim. 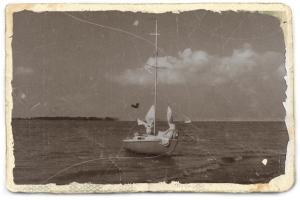 At that time there was not much out there – no freeways, no DFW airport, no shopping malls, no RV parks – just a lake and a couple of marinas. Later, as a young adult, we would tow the sailboat behind our VW bus for a day sail and occasional camping. The airport was built by then but not much else. My how things can change in forty years! 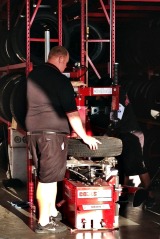 After getting a new rim for the tow dolly at Discount Tire in Amarillo first thing Monday morning, we made the otherwise uneventful six hour trip to Grapevine and arrived at our favorite Dallas-area RV park, The Vineyards Campground on Lake Grapevine. Once we had rested awhile and got cleaned up we made our way over to the Mellow Mushroom for some much-deserved beer and pizza. 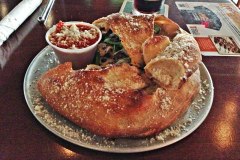 The pizza is okay but they have an excellent beer selection. We found a new one to try from Southern Star Brewing down in Conroe, their Buried Hatchet Stout. It is a rather large beer at over 8% ABV but they had it on a nitro tap which smoothed it out quite nicely and I had to have another when my calzone arrived.

The next morning brought a spectacular sunrise that pulled me away from trying to catch up at work long enough to get a few pictures. I might have missed it altogether if Jake and Peggy had decided to sleep in but they helped me out when I took them out. 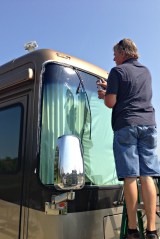 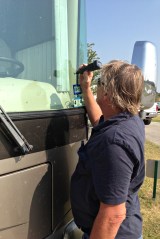 Newmar owners group on the internet and since we would be stationary for several days I made arrangements for Auto Glass Russ to come on out and reseat our popped-out windshield. Russ arrived on schedule and not only did a thorough job of reseating the passenger side windshield but he was also able to repair the giant spider crack on the driver side.

We’ll be here for another week and a half, trying to visit as many friends and family as we can in that time and, hopefully, even find another brewery or two to check out. We’ll let you know.